Osiyo from behind the Canadian Iron Curtain where Maggie and Fidel’s bastard despot son is scrambling from his bunker to destroy as much of Canada as he possibly can before he’s rounded up and arrested.

I have shared more details about Castro and the US political drama unfolding in this video.

Lovely Otter has joined us this week to share some love.

In case you keep waking up (like I do sometimes), wondering what the point is and what has happened to your life, just remember that we signed up to be here for this prophetic, history changing time on Planet Earth. 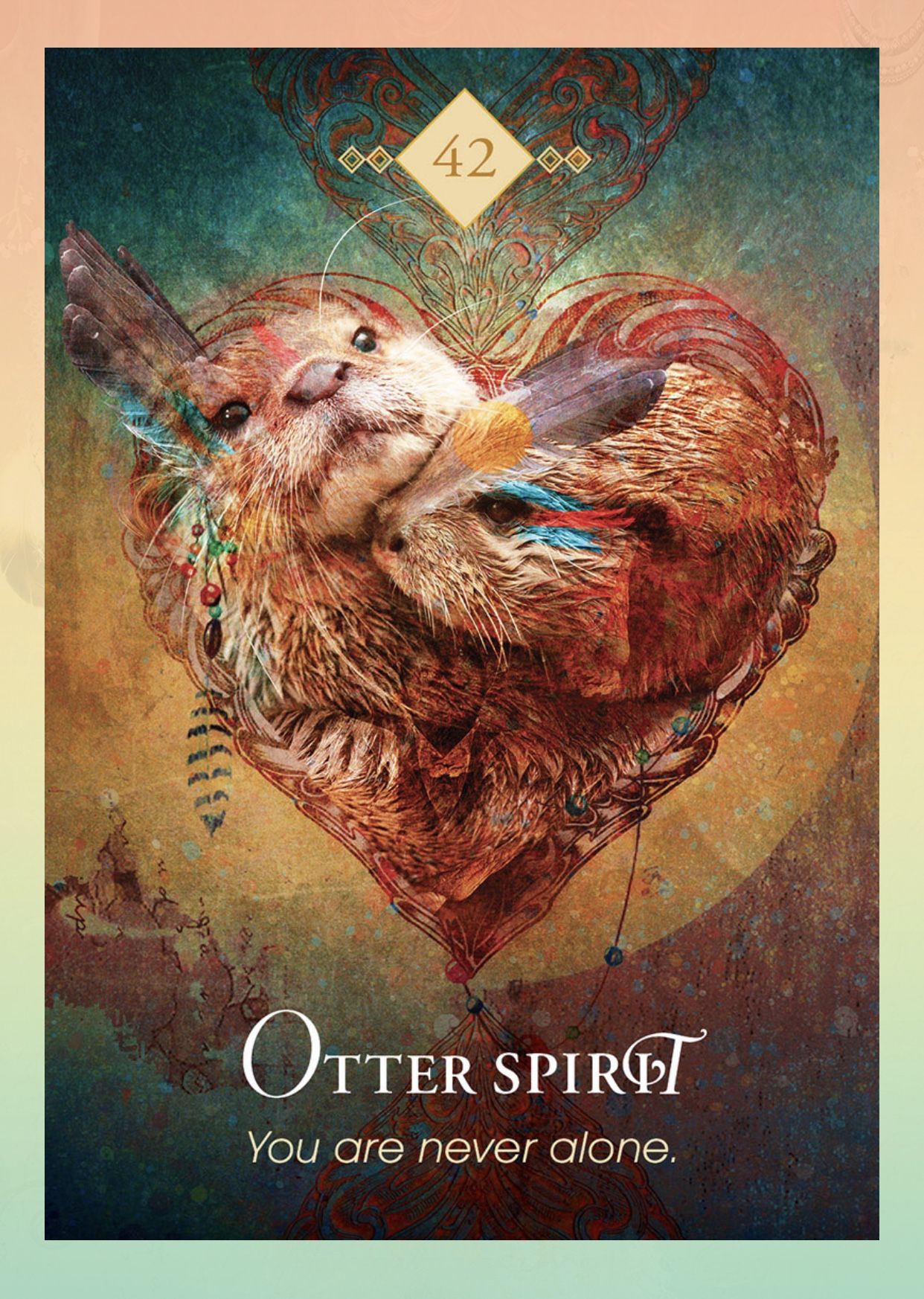 Otter is a totem (or archetype) of feminine medicine – the deep intuition, the psychic abilities, the wisdom to know when to walk away from a fight or stand your ground in peace and dignity.

As the planet is being realigned and starting to move in its natural direction (counter clockwise), as foretold by the Hopi Blue Star Kachina and other prophecies, the people are beginning to change to a heart-based way of life that brings the female and male principals into balance.

The Hopi and all Native peoples honor the Grandmothers, mothers, and aunties in a way that modern culture does not.

And, Otter reminds us that the wisdom to help us move forward in a healing and powerful way to rebuild our communities comes from the Grandmothers’ traditional knowledge.

The prophecies have told us that during this time, many of the Elders would be asleep and would have nothing to offer the people. But fortunately, there are still a few Grandmothers and Grandfathers who remember the old ways and are living testament to the horrors of the past that we’re watching replay before our eyes. They are the ones to watch as they are leading the way forward.

This Grandmother is a healer and Water Walker, which means she has a special role in honoring the water through teaching and ceremony. She is one of millions of Elders around the world who are standing up against the forced experimentation being pushed by Justin Castro and his regime.

The prophecies of all people are coming to pass as we see the people waking up and turning away from the path of death. This is the only way to survive as we move forward, and we must all be prepared for the coming days in which many will be leaving this planet because they made the wrong choice.

People with the gift of prophecy – illustrated for us through Otter’s mystical medicine – those of us who received advance knowledge of this time have suffered greatly in bearing the knowledge of what was to come. If you believe you are gifted with the office of prophecy, listen to this Grandmother explain what exactly that role entails. 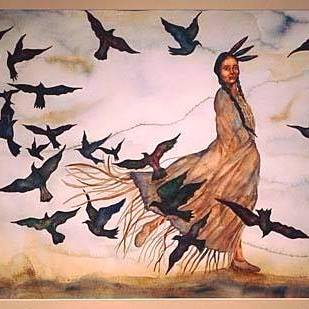 When my most powerful gifts came to me in December 2017 through the end of 2018, I was vibrating and shaking for the first few weeks. I was receiving so much organic wisdom and traditional knowledge that I could hardly keep up trying to write it all down.

So many visions for the future of the Earth and her people, that fell on very deaf ears at that time. These visions are the basis of my plan to establish a farm and residential work-study program for young people called the Lodge of the 8th Fire. I should have more information posted about that project here by the end of February and would love your support.

After a few months of downloads, in the Summer of 2018, I received a horrific vision of fire and mass genocide by injection (that I thought was heroin), and the terror it invoked in me caused me to lose it and roam in the wilderness for awhile. I wrote this article after the smoke had cleared and my life had started to stabilize.

During that time, like so many who have gone through a major Spiritual Awakening experience (and been labeled “crazy” by the death cult), I received massive amounts of information, almost like my Ancestors and the Mighty Cloud of Witnesses were sharing everything they could with me for the next leg of my journey. 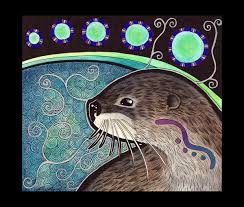 And one of those gifts for me was awakening to my natural ability to understand and receive prophetic messages and insights from others who are on the same level.

Otter is a totem of prophets, and more women than we know have this gift of the Spirit.

Women naturally walk close to the veil as we serve as the portals to bring human life to this planet, nurture the babies, children, and frail, and help heal the hurting with our instinctive knowledge.

This medicine becomes more potent as we get older if we are doing our best to walk the path of our Elders on this crazy planet; and, those who walk close to the veil often begin receiving the gift of prophecy during their middle years after the chaos of raising children has settled and there is more time to think, pray, and work on ourselves. 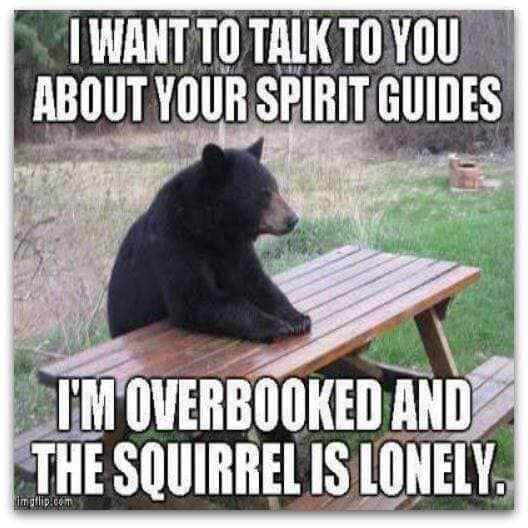 This period of solitude is a rare and beautiful gift, because make no mistake: learning how to function again after a major Spiritual Awakening is a tough and time consuming process.

Our lived trauma and the memories (emotional, psychological, cellular) don’t magically disappear once we’ve had a major spiritual experience. We just learn how to deal with our pasts without freaking out or using our favorite addiction of choice, and make better choices in the present.

That is how we change our path and the journeys of our children and the generations to come.

After awakening, learning how to function again when you’re so completely aware of everything you think, do, and say – past, present and future – is quite a juggling act. And it can be pretty annoying to be that super conscious of everything.

But, for healing ourselves and the Earth, it’s necessary. The strongest ones among us are called to walk with the people and help them understand what is happening as timelines converge.

And all this chaos is happening to allow us to release what no longer serves us, stay present in the war for humanity, and plan for the future. Don’t forget we’re still in the time of Crow and Coyote.

For most people, Spiritual Awakening occurs when we’ve hit the wall. Hit the level of trauma that we’re willing to experience in this lifetime.

And, that pressure (if we haven’t been consciously doing our healing work) can explode and send us flying around in an ungrounded state. 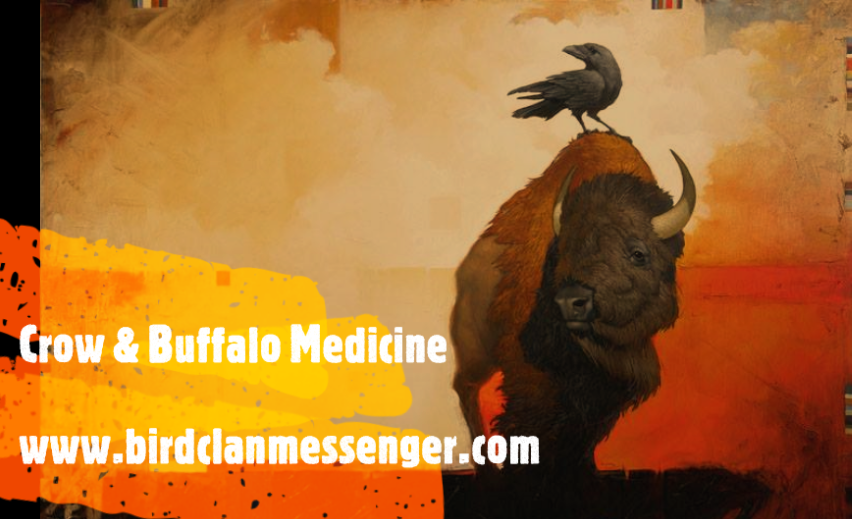 Those days, weeks, months and even years that follow a Spiritual Awakening leave us feeling a bit raw and unsure about how to proceed with everything from our relationships and work to where we need to be to live our best lives into the future.

Often these decisions are ones that we just allowed to happen to us before, and now that we’re aware, it takes time to sort through the details of each issue in order to make a good, life-giving decision.

Changing our perceptions and being aware of our thoughts and words can make all the difference between living a broken and miserable existence, or a powerful life filled with the people, activities, places, and things we have envisioned for ourselves. Being aware of those dark thoughts (that are often waiting for us the minute we wake up), is the first step in changing our perception. 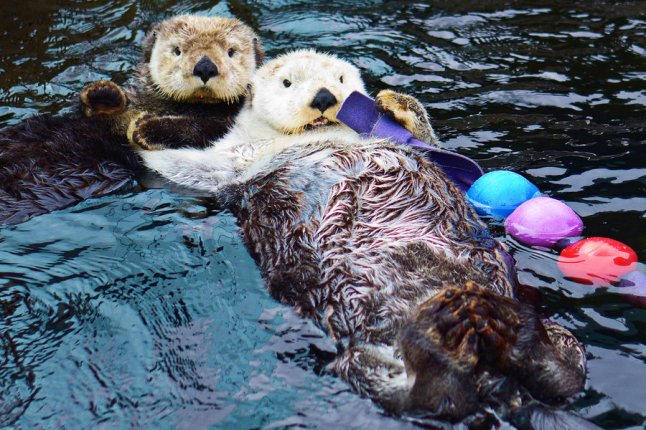 Otter is a creature of earth and water, and she reminds us that in addition to doing all this hard work, it’s also good to relax and go with the flow.

And she loves her water therapy. Washing away the debris of each day is a great evening ritual that cleans our bodies and gives us the chance to disconnect scrub away the difficulties that dog us each day.

Cleaning up in the evening rather than sleeping in the muck all night and taking a quick morning shower allows us to power down and send our troubles down the drain.

On a larger scale, Otter is showing us all the powerful things that happen when traditional women and traditional men join forces to stand up for our values, communities, families, and nations. 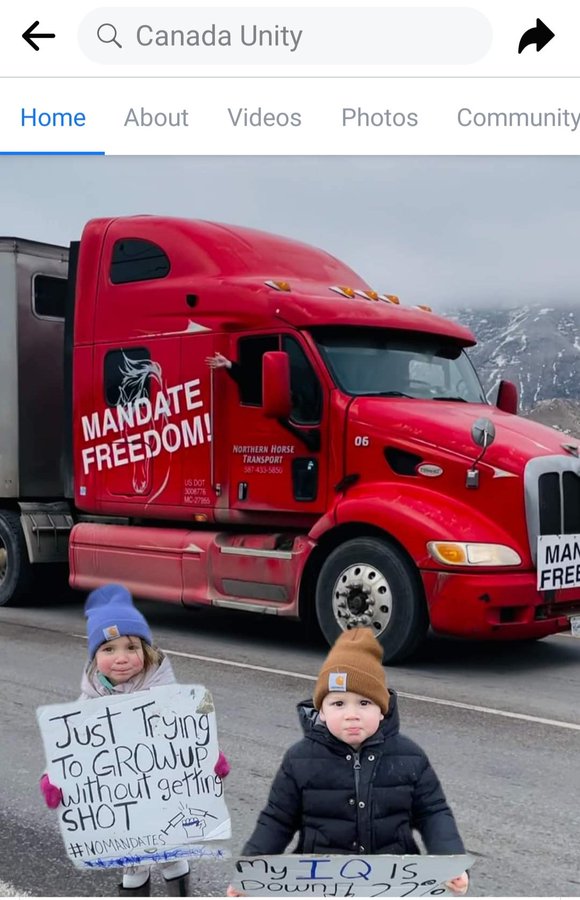 In spite of all the sabre rattling and squalling coming from the Commie in hiding and fake PM Trudeau, folks should remember that water cuts through rock. So, meet that nastiness (a holdover from the old warrior era) with softness.

Remember the peaceful warriors and leaders who have shepherded their people through rough times have always used non-violent, civil disobedience.

Remember what we show our children now will affect many generations.

As the stories of the great teachers and prophets of many nations have shown us, there are times of great suffering that are always followed by great rejoicing.

We have all chosen to come to Earth for this particular time, this particular experience – no matter how dismayed we feel each day. No matter how much we feel like a little teenage David facing down an army of Goliaths with nothing more than our laptops and smartphones – and one another. . .

One of the blessings of knowing prophecy is that we learn to trust God for the outcome. The prophecies of this time have assured us that if good men and women come together on behalf of the most vulnerable in our society, we will indeed have chosen the path of life over death. 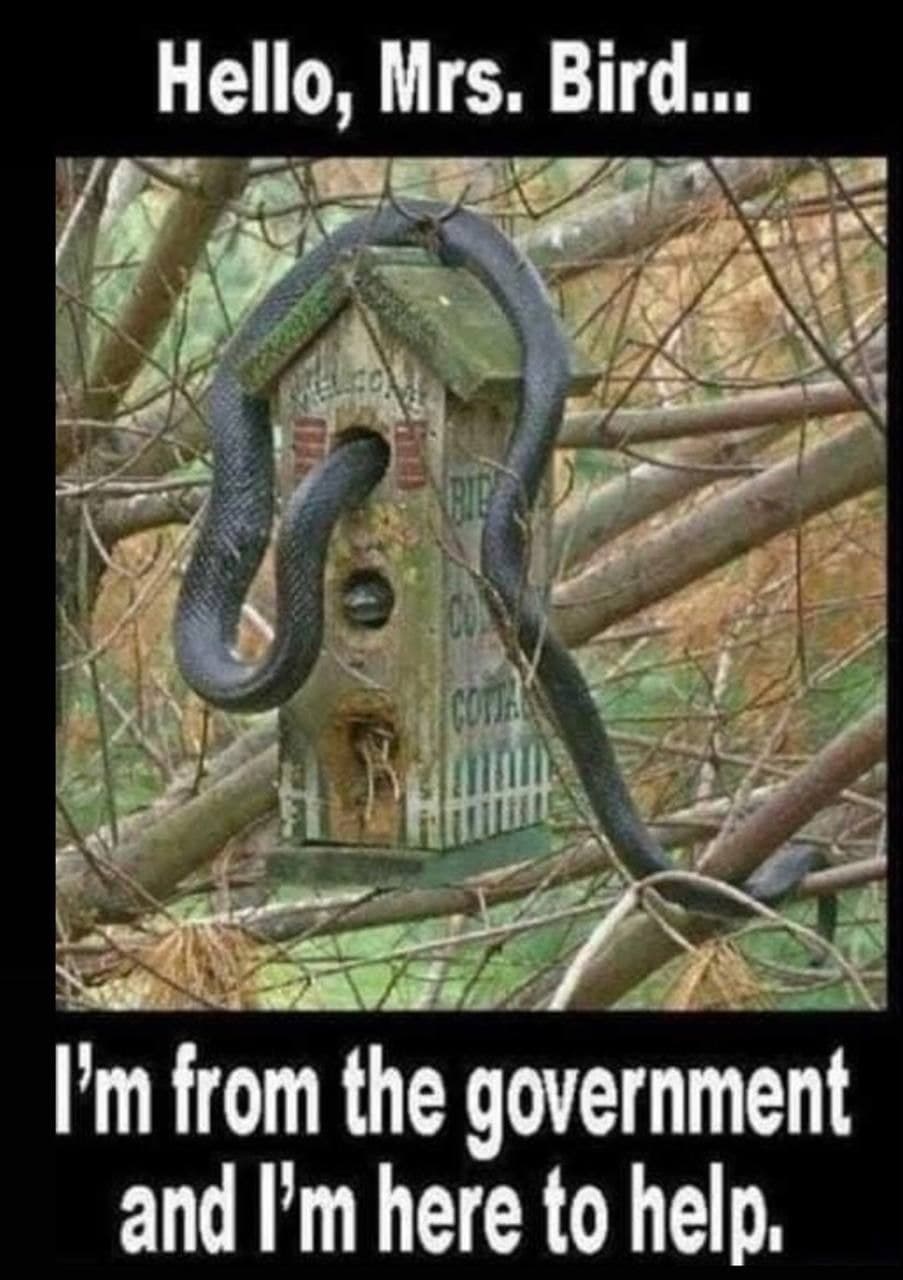 The best is yet to come for the Children of Light. The New Earth is waiting to arise. We just need to get through this last wave of death throes of the ancient cult of the Serpent.

It looks to me like the Cabal is throwing a Hail Mary as they’ve forced Justin to declare war against his own people – to protect their grift.

The good news is they’re nearly out of money, and they’ve completely lost the public support. They’re committing war crimes and time is definitely on our side.

Take a note from Otter and roll with it for a bit.

The truckers and tradies are still occupying Ottawa and more are on their way.

And, apparently, in this World War for the souls of humanity, Ottawa seems to be where checkmate may be about to happen. Who knew Canadians would be the tip of the spear in saving the world?

I guess Justin should have thought twice about playing the assassination game against the President of the United States.

If you’re through your Spiritual Awakening and yearning for the good old days, don’t forget that Prophets are never welcomed in their home towns, and sometimes their own countries.

If that’s you, don’t let it get you down. You’re walking in mighty footsteps and you’re here for much greater things.

It’s up to you whether you decide to brang it!

It is my honour to be your messenger.

One Hour Medicine Card Reading via Zoom. Thank you for your support

Bird Clan Messenger is 100% Donor Funded. Your generous contributions help pay our expenses and provide food and smudge to members of our community. 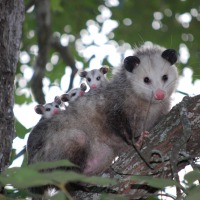 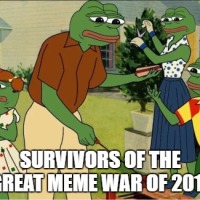 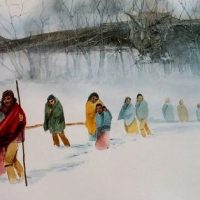 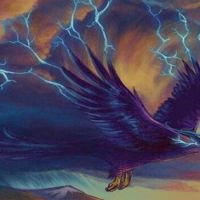 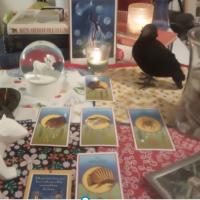 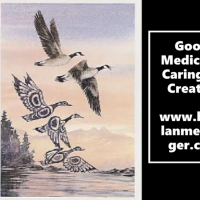 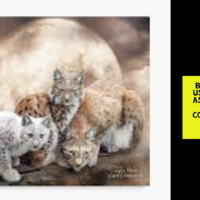 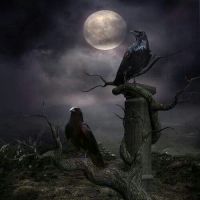 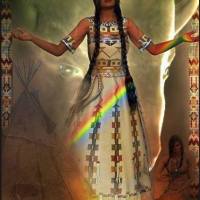 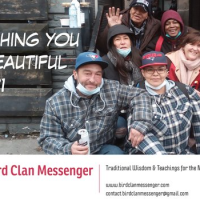 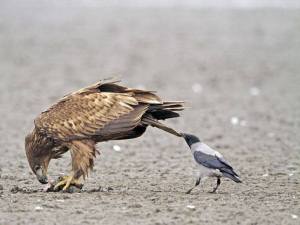