Melissa Teague: The Teachers & Leaders of the Golden Age ~ #144K

Bird Clan Messenger is honoured to share Melissa Teague’s messages about the leaders of the Rainbow Warrior people, known in the Great Awakening by many names, and here on BCM as the 144K – those who come from many cultures and traditions to help lay the groundwork for the New Earth. Thank you all for being here. – krk

The Teachers & Leaders of the Golden Age

The teachers and leaders of the Golden Age have been prophesied about for thousands of years, through out every continent on Earth. They are said to be The Rainbow Tribe and saviors of humanity, the 144,000 from the Bible, Angelic beings in the physical, Ascended Masters embodied, and the teachers and philosophers from ancient times.

These special souls are said to have returned to Earth many times to teach higher ways of understanding, great wisdom, knowledge and truths. They are physical portals to higher realms, living libraries and nodes upon an energetic grid that exists through our earth. They are the transmitters, receivers, amplifiers, transmuters and embodiers of higher frequency energy. They are the system busters and changers of worlds.

They are the Blue Ray Empaths, the Shekinah, (a Hebrew word in the Language of Light meaning Embodiment of God) They hold the Creator/Goddess Energy within them and using Arcane Energy, can manifest anything and direct energy using the power of their minds.

The Arcane energy or Arcane Light is through their Arcturian Starseed aspect of self. This very small powerful group of Starseeds have the ability to use Arcane energy, which the measurement of thought power that an be compared to the wattage of a light bulb. The stronger the arcane energy within will have a much more dramatic influence. The energy will spread further, therefore affecting many others. Certain events like eclipses, rare astrological times, and Solstices/Equinox can double and triple the power. Repetitive and held Visualizations will enhance the power as will daily grounding.

The Way-showers  are said to have many hidden psychic abilities that add to this but they must first awaken and raise their vibration before they will remember and harness these powers.

These souls are the highest of the Blue Rays and carry within them other Rays of Creation within their energy fields, such as the Violet Flame. They will often be drawn to colors of their rays such as varied hues of blue, purple, gold, whites.

Many may have been drawn to wearing a lot of Black and/or black pets, crystals, etc at certain times in their lives as black is a neutral energy color so it can keep you from absorbing negative energies from others and the environment. Black pets and certain black crystals helps clear negative energies or returns them to where they have come from.

These special souls are said to make up 1/2 of 1% of the population on Earth. They have held within them Divine keys and codes that once accessed and opened many doors for themselves and humanity, making them way-showers and forerunners and trail blazers of the Golden Age.

They are the brave warriors of Truth, have special insight into human behavior and psychology, easily see through illusions, manipulation techniques and lies. They are capable of seeing what is hidden in plain sight, lifting veils so others may see the truth and wisdom beyond their normal understanding.

Their knowledge and wisdom will grow through many fields of study. Most are drawn to history and the places of old like castles, sacred sites, archaeological finds, the unexplained, the mysterious, occult, metaphysics, crystals, natural healing, astrology, numerology and any connected fields.

These special souls have ultra sensitive empathy and they carry compassion, forgiveness and understanding in their hearts, always giving of themselves and in service to others. They are introverts and extroverts at the same time needing time alone to recharge their energy.

Many have had trust issues, self worth and self doubt issues at some point, whether aware of it or not because it is said they were the slaves, abused and used, victims of hate, inequality, torture, they were martyrs and sacrificed themselves for the good of others, so that others could see truth and release fear and stand in their own power.

They hold within them the knowledge gained from these many lives which makes them living keys of change and awareness. They are destined to remember the knowledge and wisdom and use it to teach the world a higher way of being and living.

Being so sensitive to energy, vibrations and others emotions and telepathic thoughts because they are “tuned in” to the energy fields, they are able to offer energy deliberately so they become a conscious Creator, an ability most do not possess.

A powerful gift they are said to possess also is the ability to tune into others on a deeper level, into their underlining emotions that they have not faced acknowledged about themselves. (They usually know how others feel before they even know themselves) Most will see Self worth issues in others easily because they themselves have had those issues in present or past lives.

These special beings are said to be Masters, Teachers and Mentors from various Ascended planets and star systems and light realms. They are here to be the Vanguards, Guardians and Ambassadors and to enlighten the genetic code of humanity and raise the GOD Consciousness here.

Shekinah is the lost aspect of the Sacred Divine Feminine of Creation, that is the embodiment of God and the Ascension process. The way-showers of the Divine Feminine have come in at key times in history in order to help humanity get to this special stage in Earth and humanity’s evolution.

They have been key individuals and groups in the past but most but not all are working incognito and behind the scenes for now,. Some have become channels, writers and spreaders of truth, animal communicators, consultants, hypnotherapy, and healers of some sort.

These will become the Teachers of the Golden Age.

They will lead by example, showing humanity the path to greatness through self love, unconditional love ,compassion, peace, humility, kindness, forgiveness, honesty & integrity.

As they find their true power through self love they are prophesied to join with their Twin Flame in order to teach humanity what true conditional love really is. These couples are the balanced Divine Feminine and Divine Masculine. Only when they have found self love and their truth will they find their twin flame.

These couples will be like the Yin Yang, where one is weak the other will be strong, they will find a comfort level unlike they have experienced before, they will feel love on a much deeper level, they will release the need to judge or fear the other person based on societies ideas and opinions.

These souls will have special connections to nature, water and animals. They may give birth to a Crystal child or Indigo Empath who are known as AN’ANASH’A (of The Golden Blue Light). These special children are said to be ones who will create great changes on Earth. Others have chosen not to have children, as they can create great karma and it is their last lifetime in the lower dimensions.

These souls are the Empaths that Science has found to have a specialized group of brain cells at are tied to the ability to empathize. Their brains are wired differently and with the group of special super sensitive brain cells, they are able to sense and understand other’s feelings, thoughts, intentions and motivations. They are human lie detectors and can tap into all of these abilities once they learn to trust their intuition and what they are sensing.

These special souls can experience others emotions as their own so they must learn to protect their energies from being invaded. They will form deep, lasting and strong bonds with those whom they share loving and accepting connections and energies with.

These souls will change the world by embracing who they really are, the teachers of wisdom, knowledge and truth during the new Golden Age of Gaia. 💜 Melissa 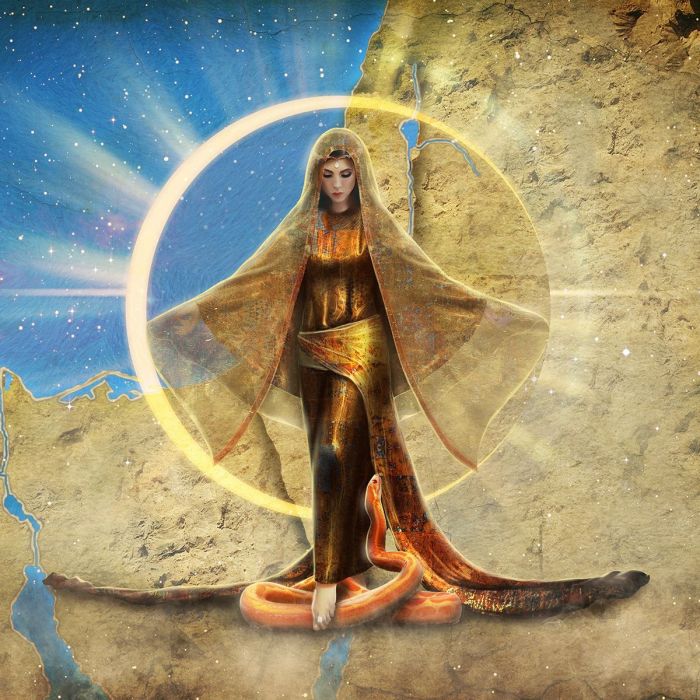 Melissa Teague is a Spiritual messenger and teacher, a psychic who uses Tarot as one of her major teaching and healing tools, and an animal rescue hero living in the United States.

We are deeply grateful for Melissa’s contributions to Bird Clan Messenger and to all of humanity. A’ho. – #BirdClanMessenger

If you appreciate our work, please consider making a donation to help us with our expenses. Chi Miigwetch.

“The most powerful person in the world is the storyteller. The storyteller sets the vision, values and agenda of an entire generation that is to come.”